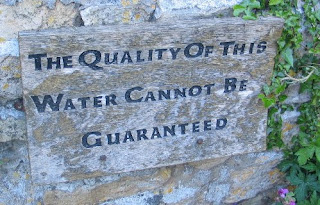 Letter to the press:

The Citizen reports that water quality in Gloucestershire's rivers is' better than ever' (24/09/09). Indeed the improvements are to be welcomed, but they are far too small. In the South West only 33% of rivers, lakes and coastal waters achieved ‘good’ or ‘high’ ecological status under the new and more stringent Water Framework Directive (i). This compares with an average figure of 26% for England and Wales.

Looking closer at the report, we see that the Environment Agency found only 5 out of 6114 rivers it surveyed in the UK, are pristine. None of the five are in the South West. 117 rivers are ranked on a par with the dirtiest rivers in eastern Europe, a further 742 are considered to be in "poor condition" and 3,654, (or 60%), are in only "moderate" condition.

Incredibly there are still 100,000 Environment Agency discharge consents for pathogenic waste in England and Wales plus over 25,000 storm overflows. Raw sewage is still getting into our waterways. and we have no microbial standards for watercourses in this country. This needs action. We also urgently need to reduce pollution from farming.

The Government is committed to meet the target of 95% of rivers meeting agreed European “good” or “very good” standards by 2015. It will have its work cut out to achieve this. Without serious investment we are storing up problems for the future and will see a return of the court cases and fines of the early 1980s, when Britain was labelled "the dirty man of Europe".

Notes:
(i) See report: http://www.environment-agency.gov.uk/research/library/data/34383.aspx
Posted by Philip at 1:33 PM