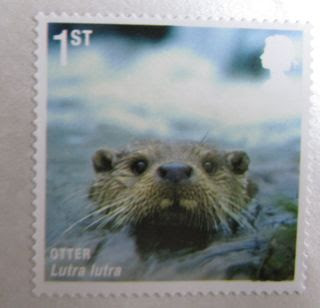 Severn Trent recently leafleted to say they are will be carrying out a biodiversity study before they look at relining sewer network. Unfortunately the telephone number on the letter didn't work - the guy had left - it took me a couple of weeks to track down the person who had taken over - why do folk just not answer emails or phone queries?

Photo: no otters in Ruscombe brook but have been sited not far away

Anyhow I have spoken with them as I have some concerns about the impact of their work and want to see if we can get some improvements in the process of any work. Recently for example FWAG gave advice on what we could do locally - see here. I await with interest their report.

In some ways the relining is a great disappointment as we had hoped for some replacement sewers as suggested by Severn Trent themselves earlier this year - see here our meeting with Severn Trent - they had said modeling showed not enough capacity for the sewage - however as there have been no incidents in the last 2 years they are now going for relining.

In fact, as we know, there have been sewage incidents but they were due to specific blockages. However on the plus side it would mean that any new housing in the valley would be more difficult as the sewer network will be at it's limits.

The new Severn Trent project lead says he has spent a period gathering relevant information that will assist in how they make their investment choice to resolve the problems experienced.

At present it seems their intention is to reline up to approximately 1km of sewer at various points along the Ruscombe Brook combined sewer. This will effectively seal the sewer and prevent future ingress of roots thereby maintaining a free flowing sewer. They have been undertaking further CCTV surveys of the sewers to provide a more up to date picture of the level of sewer dereliction/root ingress to ensure the project scope covers the problem sewer lengths.

Based on their current programme, they hope that work will be able to commence during spring 2011 but note "as you will appreciate there is further feasibility work to complete and various internal approvals that will be needed before we get to that stage".
Posted by Philip at 12:03 PM