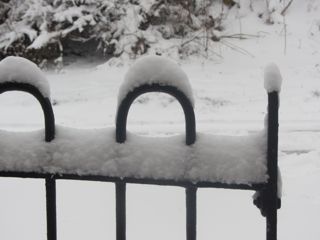 1. Ruscombe Brook Action Group. Philip Booth opened with a brief history of RBAG dating back to 2005. He considered how the group formed in response to threats of development in the valley and a series of sewage incidents that led to the brook being polluted. Photos of sewage were available to see! Then looked at the many actions the group have taken including a number of clear ups of silt and rubbish, 4 conferences, talks to schools, walks along the length of the brook to consider biodiversity issues, exhibitions, consultation meetings re Hamwell Leaze and The Lake at The Lawns, support to other action groups to establish locally, MSc students on placement testing the brook and working to get a new £13,000 grill installed to reduce flooding at Puckshole. In addition there have been many consultation meetings with Severn Trent and others to improve the sewers. Various works have taken place over the years but it has only just been in the last months that the problem sewers have been relined in the Ruscombe valley and along the Randwick tributary.

Some of the history can be found at: http://ruscombegreen.blogspot.co.uk/search/label/landbanking

Philip then gave some more background to the threats to development on the fields over the years. Some of that can be found at the link above. We are now at the point where locally the immediate threat (in terms of the Local Plan) to development on Randwick fields has been removed. The Planning Advisory Panel at the District Council debated the latest update. See Core Strategy Consultation details at: http://www.stroud.gov.uk/democracy/meeting.asp?meet_id=1487&com_id=PAP

Those draft papers (164 pages) reported an update on the consultations re the threats locally:

Point 0.71 re the Stroud Valleys notes agreement that 300-800 new homes in the Stroud valleys was about the right level of development. Specifically it is noted:

By far, the most commonly raised reservations related to the Preferred Strategy’s suggestion that some ‘edge of settlement’ greenfield sites might be used to supplement the development of brownfield sites in the valley bottoms. The consultation document specifically identified land at Callowell Farm and Grange Fields as possible options (Concept Diagram 1.1iii): there was almost complete consensus (amongst those respondents who specifically mentioned these sites) that these proposals should be omitted from the Plan. However, a small number of respondents did concede that Grange Fields in particular was a relatively sustainable location, close to the town centre.

There was vigorous opposition to any possibility of developing other such sites (including Rodborough Fields, and several sites in the Slad Valley and the Ruscombe valley), none of which were specifically proposed in the consultation document.

Next steps as I understand: This document was to inform Members, the public and stakeholders about key findings from the Preferred Strategy consultation. It provides a summary of the responses and is not an exhaustive itemisation of all representations. The report will help now inform decisions on the policy choices and direction in preparing a “Pre-Submission” Local Plan document. The Pre-Submission document will then face consultations - the final Local Plan will be refined taking into account those representations and will then be submitted and subjected to examination by an independent Inspector. The Inspector will consider whether the Plan is ‘Sound’ and will indicate whether it may be formally adopted as the key document within Stroud’s Local Development Framework. It is hoped the allocations will be agreed by councillors in the Spring.

There has been huge opposition to any development in the Ruscombe Valley and indeed to Callowell and I am hopeful that councillors will take that into account when looking at the plan. However there is much negotiation and discussion as councillors have strong views about development sites. For example if the site at Eastington/West of Stonehouse or another proposed site did not go ahead that would put pressure on to look at all sites again.

Lastly Philip noted the worrying development in Cam. The inspector approved on 11th January a potentially 71 home development at what is called 'Land Opposite 6 Box Road, Cam'. This is worse than "bad news"! The inspector, wrongly in my view, dismissed the council's claims to have a five year housing supply - this is of grave concern as it means that if we don't have allocations in place very soon it wont be democratically elected representatives, but rather government inspectors making the decisions. Already it can be a battle to fight developments even where there is virtually unanimous opposition; the government's moves will only make this worse. It is also in my view, shows the mess the government has made of planning with the NPPF; even it's own inspectors are openly disagreeing on what the district's housing supply should be! It seems to be 20% higher or lower depending on which inspector you get.

We discussed actions and ways forward - and there will be another meeting 12th March in The Star - contact me for details.
Posted by Philip at 10:05 AM No comments:

Ruscombe Valley: is it threatened by housing development?

Come and hear about what both the Ruscombe Valley Action Group and the Ruscombe Brook Action Group have been doing in the valley. What more is needed? The informal meeting will be at the Whiteshill and Ruscombe Village Hall at 7.30 pm on Wednesday 16th January 2013. It is free to anyone to attend. Do telephone me if you need further information 755451.